Innovation and Disruption in Defence

This second episode in our series of webinars on the Defence BattleLab (formerly the Defence Innovation Centre) will provide an update on the progress of the project and outline how those Defence users invested in this project are planning to utilise the facility.

Following on from the first session in December, this session will include briefings from the Royal Navy, British Army and DSTL on key areas of collaboration and focus as they seek to test and develop their approach to using the facility. In addition Dorset Council, a key partner in this project, will expand upon its wider plans for both the Dorset Innovation Park, and also how they will support and work with the project going forward. Following the updates there will be a Q&A session with the speakers. 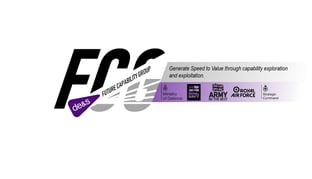 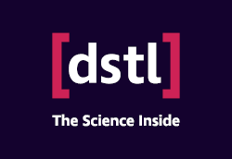 Colonel Tom Ryall commissioned into the Royal Marines in 2002. Subsequently he represented the Navy in rugby at Twickenham, and deployed to Bosnia as the EUFOR Media Spokesperson. On return he was selected to be the first RM Troop Commander at the newly formed Special Forces Support Group. A steady tempo of operational deployments to Afghanistan and the Middle East followed, interspersed by Maritime Counter Terrorism duties and advising on counter-piracy and counter-terrorist operations. Awarded the MBE in 2015, in Sept 2016 he moved to Unit Deputy Command and established a human performance and resilience programme.

Following promotion to Lieutenant Colonel he moved to Navy Command Headquarters as the principal desk officer for Royal Marine Dismounted Close Combat and Ground Manoeuvre capabilities. This required close and detailed integration with Army, DE&S, DSTL and industry. Concurrently he led on the procurement of new and novel technologies to enable the Royal Marines to develop and experiment with innovative technology in support of the Future Commando Force vision.

In 2020 he deployed to the Middle East as the in theatre commander for a multi-national regional Task Force, during which he acted as a key advisor to the Ambassador and Foreign Office through three British Embassy drawdowns. On return he assumed the Chief of Staff role in a Naval Operations Cell assisting in the design and implementation processes to deliver the Special Operations Transformation Programme as part of the Integrated Review.

This role was cut short in Apr 2021 with promotion to Colonel to lead the Royal Navy’s Innovation Team, NEMESIS, and delivery of the Navy’s contribution to the Defence BattleLab.

Brigadier Matt Cansdale commissioned into The Parachute Regiment in 1998. His time at Regimental Duty in 2 and 3 PARA was interspersed with operational commitments, deploying to Northern Ireland in 1998 and 2004, Sierra Leone in 2002, to Iraq for the invasion in 2003, and four times to Afghanistan in 2002, 2008, 2010/11 and 2014/15. He was Mentioned in Despatches following command of A Company 3 PARA in Southern Afghanistan in 2008 and made an MBE following command of the Brigade Reconnaissance Force in Helmand Province in 2010/11. He served as Commanding Officer 3 PARA 2015-16.

At Staff, he served in the Defence Equipment and Support organization and as SO2 Leadership at the Royal Military Academy Sandhurst, where he was responsible for writing the British Army’s first leadership doctrine. Following Command, he served as Military Assistant to Commander Field Army. After service as Assistant Head Equipment Plans and a brief stint in Ground Manoeuvre he moved, in 2020, to be Head Future Force Development.

James Gavin is the head of the Future Capability Group (FCG) at Defence Equipment & Support (DE&S). This Group exists to help explore new capabilities  to inform decision making, and to de-risk requirements and technology against the Defence Lines of Development. Increasingly it is using ‘Agile By Default’ to deliver early operational advantage. The Group also has a role to encourage and enable better innovation insider DE&S and across the Defence Innovation Eco-system. The Group works closely with all the Front-line Commands, DSTL and central MOD areas such as the DIU and DASA.

James has served in the military, the civil service and industry before his time inside DE&S, in Operations, Programme Management and consultancy roles. He is a passionate advocate of delivering Operational Advantage by better strategic thinking and innovation, inclusive cultures and recently in helping to persuade others that sustainability does not always have to come at a cost to Operational Advantage.

Dr Matthew Brookes is a Technical Fellow the Defence Science and Technology Laboratory (Dstl), an Executive Agency of the Ministry of Defence.  He is attached to the Energetics Analysis Group, part of Dstl’s Counter-Terrorism and Security (CTS) Division, and is the Independent Technical Assurer for two Dstl Programmes: Security Systems and Future Sensing and Situational Awareness.  Matt is a Fellow of the Royal Society of Chemistry and a Chartered Chemist, and deployed to Afghanistan twice as the UK Scientific Adviser.  Matt is the CTS Innovation Lead and Dstl lead for the Defence BattleLab.

John Sellgren is Executive Director of Place for Dorset Council where he has responsibility for a diverse range of customer facing services. His portfolio includes planning, highways, waste, regulatory services, assets and property as well as the council’s library, registration and bereavement services. Prior to this he was Chief Executive at Newcastle-under-Lyme Borough Council.