Defence In A Competitive Age: From Concept To Reality

The 2021 Defence Command Paper, "Defence in a Competitive Age", outlines a vision for the UK Armed Forces to become, “one of the most integrated, digital, and agile forces in the world, projecting our influence and promoting our capabilities on the world stage across land, air, maritime, cyberspace and space. Multi-domain integration will underpin how we operate and fight. It will drive force experimentation, development and capability prioritisation.”

But what does this actually mean for the Front Line Commands (FLCs)?  And what steps are required to enable it?

Following opening remarks from thought leaders, this interactive workshop will use digital collaboration to facilitate a Lightning Decision Jam with representatives from across Defence in order to assess:

All participants will then receive a report from the session proposing next steps for implementation. 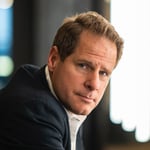 Major General Tom Copinger-Symes joined the Royal Green Jackets (now The Rifles) in 1988 and has served on operations in Northern Ireland, Bosnia, Kosovo, Iraq and Afghanistan. In 2014 he formed and took command of 1st Intelligence, Surveillance and Reconnaissance Brigade, before becoming the British Army’s Head of Operations. In late 2017 he led the “Information Manoeuvre” project; commissioned by the Army Board to consider how digitisation is changing the way the Army should fight in the 21st Century. From December 2017 to July 2019 he commanded Force Troops Command (now retitled 6th (UK) Division), where he was responsible for the Army’s specialist formations – including its Intelligence, Information Activities & Outreach, and Signals Brigades – and charged with taking Information Manoeuvre from concept to reality. In August 2019 he was appointed to the new post of Director Military Digitisation at Joint Forces Command, responsible for accelerating UK Defence's Digital Transformation and helping develop the MOD’s concept of Information Advantage.

Mivy James has been an IT professional for 25 years. Having started her career as an analyst / programmer in defence and safety critical systems she is now Digital Transformation Director and Head of Consulting UK Government at BAE Systems. Her areas of interest include supporting government departments on their digital transformation journeys and adoption of agile ways of working. She is also a passionate advocate for STEM careers and is the founder of her organisation’s gender balance network.

Whilst the opening remarks are open to all, the workshops are only open to members of our community from the Ministry of Defence. Membership is free and takes less than 5 minutes. As a member, you will have access to this and other complimentary events. Learn more