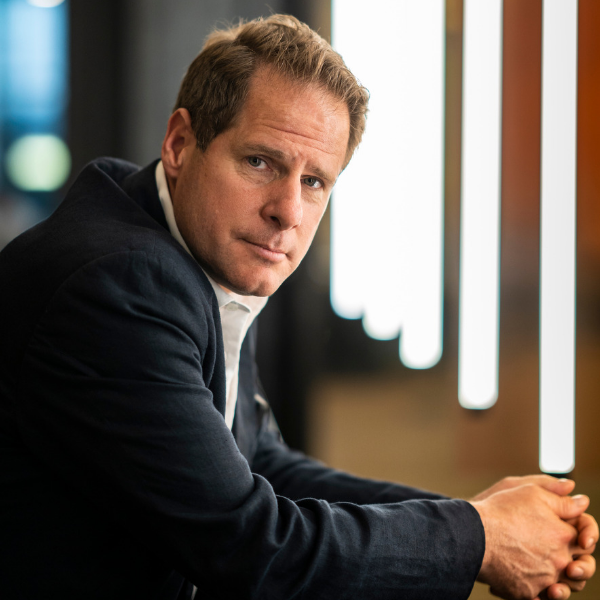 Tom spent his early career on operations with The Royal Green Jackets (now The Rifles) on operations in Northern Ireland, Bosnia, Kosovo, Iraq and Afghanistan; and in operational and strategy posts at the Permanent Joint Headquarters and the Ministry of Defence.

In 2014 he formed and commanded 1st Intelligence Surveillance & Reconnaissance Brigade, created to integrate the Army’s intelligence collection and exploitation capabilities. In 2017 he led the ‘Information Manoeuvre’ Project, commissioned by the Army’s Board to explore the benefits of integrating the Army’s information-centric and digital capabilities and to exploit digital technology with new ways of warfare.

In his next post, as a Major General, he commanded those capabilities, pioneering the Army’s response to a new era of great power competition, which culminated in his formation’s re-designation as 6th (UK) Division.

In 2019 he was appointed Director Strategy and Military Digitisation at Defence Digital, accelerating Defence’s digital transformation and increasing its adoption and exploitation of digital technology. And in May 22 took up the post of Deputy Commander UK Strategic Command on promotion to Lieutenant General. 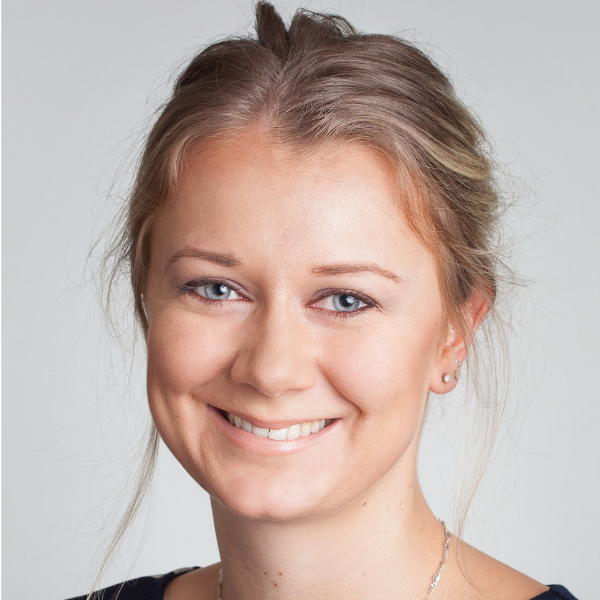 Ann is building rocketship companies in the high-growth tech space. She is the Chief People Officer of Flo, the #1 most downloaded Health app on a mission to improve the health and wellbeing of every girl and woman worldwide. Before Flo Ann was the Group HR Director at Bumble, with previous gigs in Goldman Sachs, Rolls-Royce, Connected Places Catapult and Lebara Mobile. She is interested in all things at the intersection of modern human capital practices, emerging tech, brands that are dripping with purpose, and business results. Born and raised in the Nordics, educated in Bangkok and calling London home since 2008. Ann was the Stonex Scholar at London School of Economics, has an MBA from Imperial College, is a judge at the UK Employee Experience Awards and was the HR Professional of the Year Gold Award Winner in HR Brilliance Awards 2019. When she's not working Ann likes running (away from her twin babies). 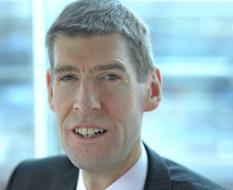 Mark Cliffe is a board advisor and thought leader on the impact of disruptive change. He was previously Chief Economist and Global Head of Research for ING Group, having earlier led similar teams at HSBC and Nomura Research Institute. Beyond his long experience of economic and market forecasting, Mark is a strong advocate of multi-disciplinary and open-source approaches to analyzing rapid political, environmental, technological, social, and behavioural shifts. His farsighted analysis supports executives confronted with longer term strategic challenges to their business models. Over 30 years he has advised a diverse range of clients around the world, built an extensive expert network and developed a global media profile as an incisive commentator. 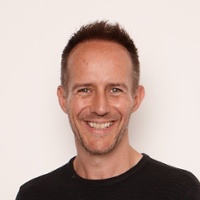 Ben started his career in the Army. Following three years as a strategy consultant at McKinsey, Ben moved into senior leadership roles at Coca-Cola spanning Training & Development, Sales, Marketing & Distribution – culminating in leading 12,000 salespeople covering one million customers and 300 million active consumers.
He then moved to become COO of Google UK, Benelux & Ireland, and then COO of Google Europe where he wrote the blueprint for Google's monetisation approach. Ben then took on a variety of global C-Suite roles at technology companies, authored 'Marketing for CEOs: Death or Glory in the Digital Age,' and launched Ola UK.

Ben is now CEO of both Digital People International and The Portfolio Collective. He mentors start-ups and provides thought leadership and investor support.

Nick spent six years in the early 2000s producing websites for MTV, before joining the launch team at successful UK dating site mysinglefriend.com, where he was Strategy Director for four years. Nick then joined mydeco.com as Marketing Director, before becoming Chief Marketing Officer for Massive Media, which was sold to IAC in December 2012. Most recently, Nick served as Chief Marketing Officer of Depop, a fast-growing social shopping app based in the UK, and UK Country Manager of Nextdoor, the free and private social network for neighbourhoods. 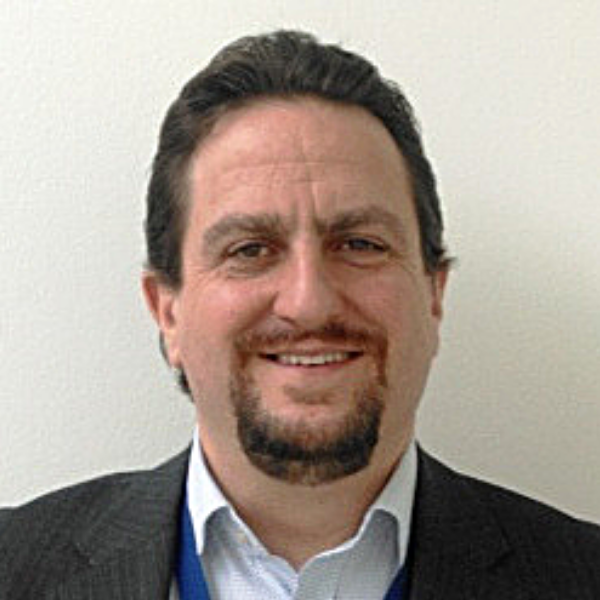 Phil Scully is the VP of Technology at RS Group. Phil has previously held roles at Costa and parent company Whitbread. He held C-level roles with responsibility for Technology, Architecture, Data and Information Security functions. Phil has 30 years’ experience in the IT industry working in technology and delivery leadership roles on large, complex transformation agendas for BAA, Centrica, M&S and Whitbread. 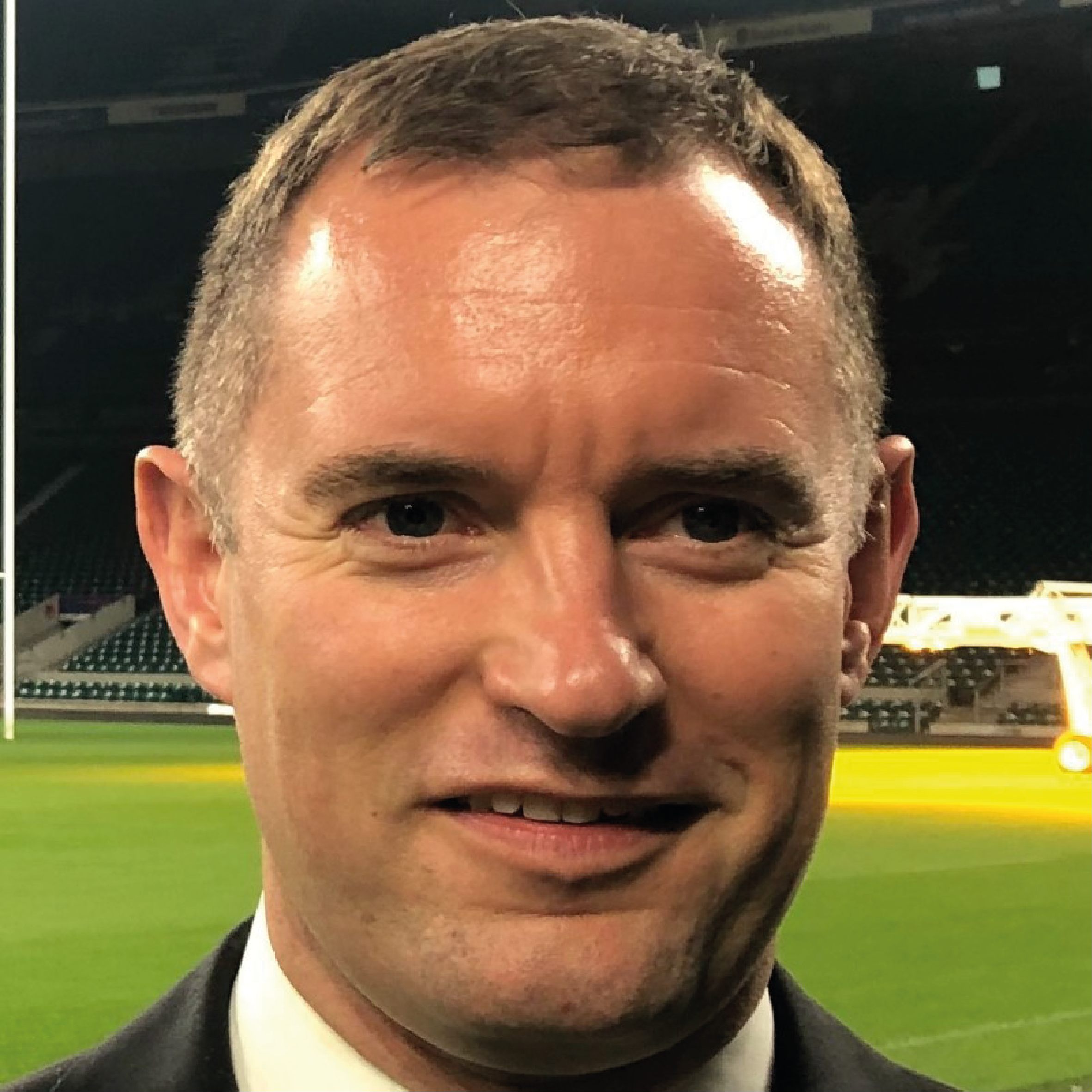 James recently finished a 2-year tenure as General Manager of the UK Consumer Business at Trainline post the successful 2019 IPO and is now focussing on investing in and working with consumer tech scale ups. He is currently Chief Operating Officer/Investor at YourParkingSpace (think AirbnB for parking spaces instead of rooms) and is also an investor/advisor to Wombat (easy investments app), and Jigsaw (dating marketplace app). Prior to Trainline he had leadership roles at the top table of fast growth tech companies - Amazon, eBay, EA Games, Betfair and Sky. James is passionate about building innovative customer propositions at the intersection of marketing, data and digital product and putting together great teams and processes to run them. 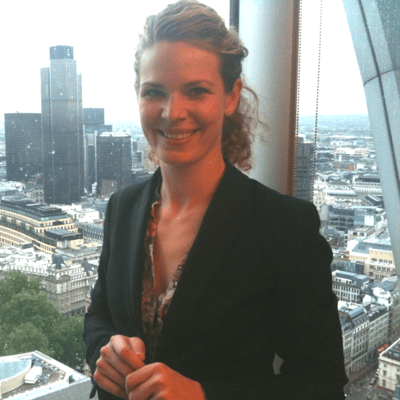 Anna Sandgren is the Global Brand Director for Seventh Generation. She is building and leading a pioneering global E-commerce business and market expansion to transform Homes & Communities to a cleaner future with green home care products from Seventh Generation, which was acquired by Unilever in 2017.

With purpose at the heart, Anna was co-founder of a network called Hera - for Engineering Women at LTH - 20 years ago in Sweden, which still is delivering value to next generations engineering women. She has been one of the co-founder of Ice Academy – an entrepreneurial refugee program jointly driven by Ben & Jerry’s and NGO Tern and pioneering ICNow, which is ice cream delivered with 30 minutes together with partners like Uber, Deliveroo, Just Eat & Dominos.  Working across Europe, Anna has been one of the leaders behind the Unbreakable rainbow in Poland, where purpose and impact were driven by an offline experience combined with digital disruption to drive awareness of LGBT rights in Poland with the ambition to drive systematically change. 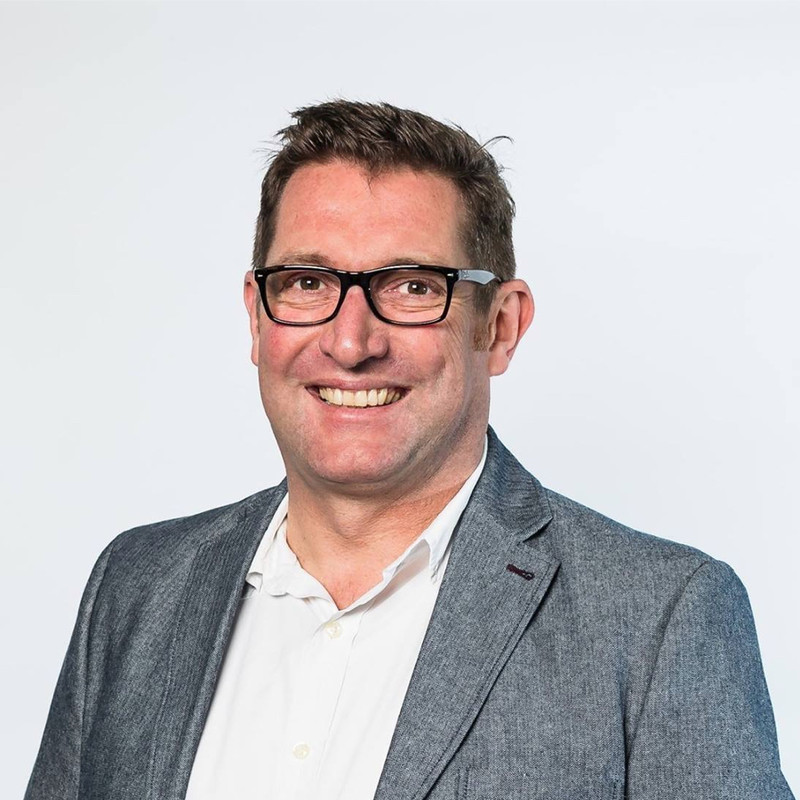 Experienced enterprise architect and innovator. Wide industry experience from banking to beer and now construction. Focussed on the intersection of architecture and innovation, to fix real world issues and support strategic ambition of the business. 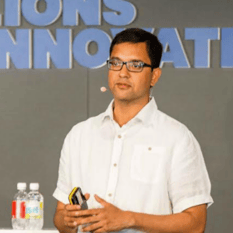 Maneesh Kaushik is a senior leader who leverages 21 years of experience across Insights & Strategy to drive business growth. He has a global remit, and a depth of experience across key markets in US, Europe, Middle East, Asia, LATAM & China.  He is an industry Thought Leader, was a speaker at Cannes Lions 2018 on "Social Prediction: Understanding What Consumers Want", and was author of an ESOMAR paper on "How cultures influence shopper behaviour". 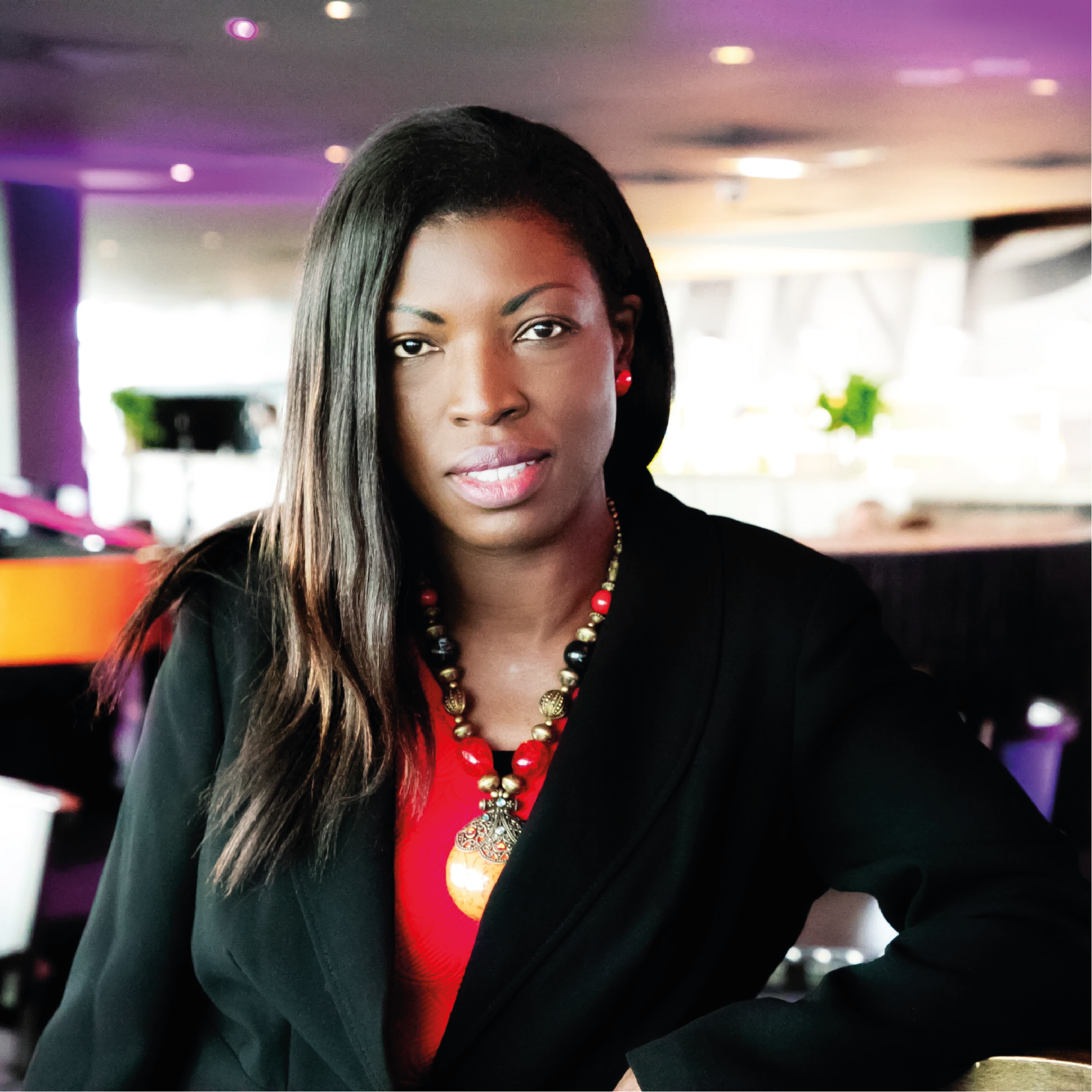 Brandie Deignan takes a vision and makes it reality through sound strategy development and operational excellence. She intuitively sees the threads of opportunity that winds through an organisation, bringing them into a coherent whole, helping others extend their thinking and driving material business advantage. In 2021 Brandie joined primary care within NHS in general practice as Chief Executive Officer. Prior to this role, Brandie was Managing Director of Marco Pierre White Restaurants, cementing her c19 years’ experience in the consumer service delivery industry across hospitality, retail and aviation. Before her MD role, Brandie held senior leadership positions at British Airways Plc, Tesco Plc, Whitbread, Travelodge and Hilton Hotels, where she started her career as a graduate trainee and worked her way up. Brandie has a passion for education and equality and supports a number of schools, colleges and universities in an advisory capacity in this space. Brandie was recently voted No 41 of the Top 50 listening leaders. 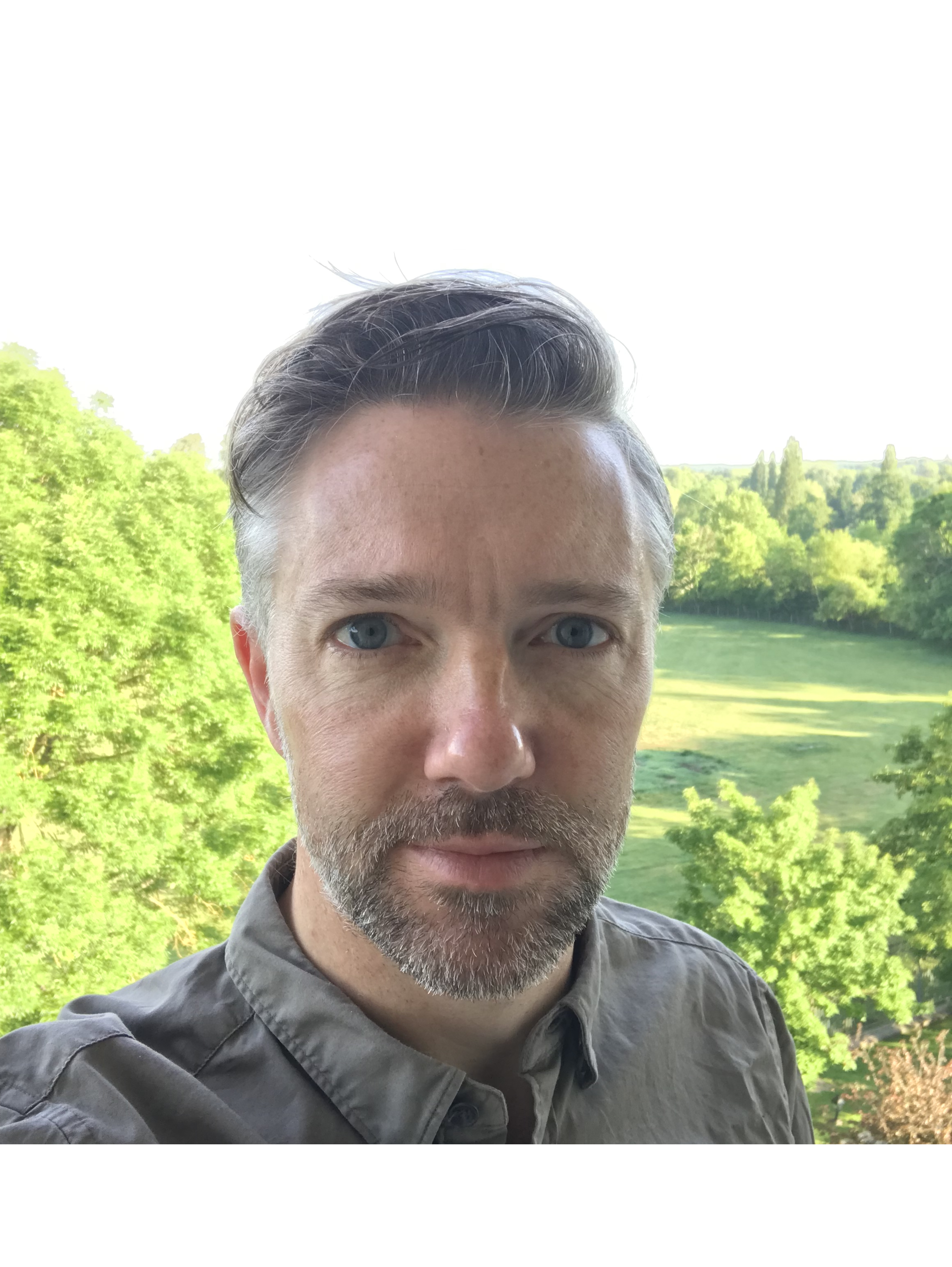 James is a visionary digital leader with extensive global product experience creating products and services for market-leading organisations. A human focussed problem solver, James believes in delivering technology solutions aimed at making the world a simpler and better place to live for everyone. 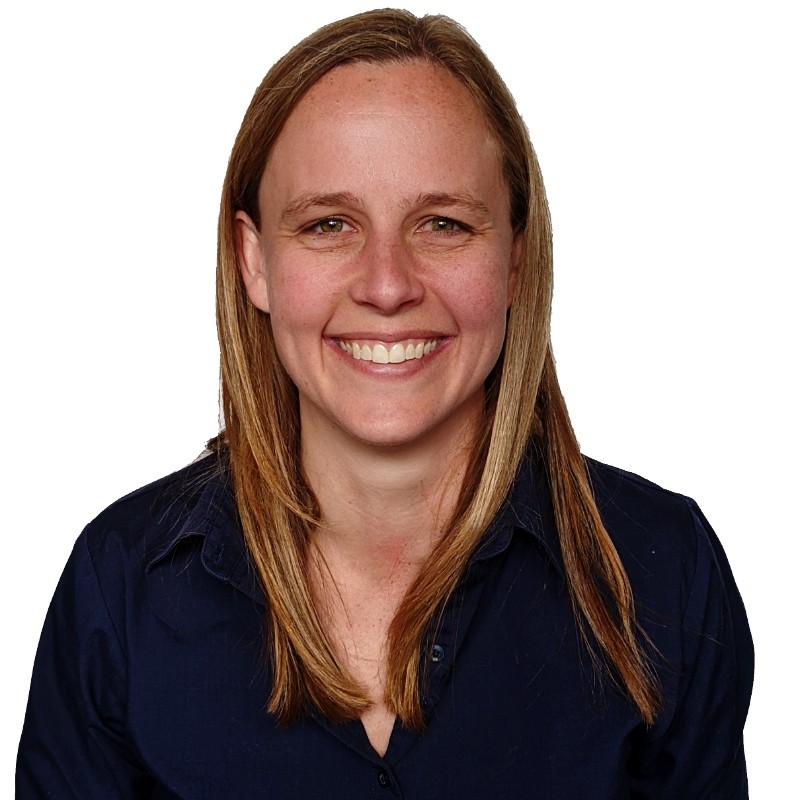 Prior to working at Lloyds, Angela worked At Deutsche Bank in the Cloud, Anti-Financial Crime Analytics, Data Quality and Finance Risk and Regulatory Reporting change and transformation teams. Before joining Deutsche Bank, Angela worked as a Senior Manager at EY across Asia Pacific and EMEIA within the Financial Services Organisation focusing on Corporate Banking and Capital Markets transformation and advisory programmes. Angela started her career at IBM in Australia working as a developer, tester, designer and then business analyst and project manager.
Angela has an honours degree in Mechanical Engineering (Mechatronics / Robotics) and Computer Science from the University of Melbourne, Australia.

FIND OUT ABOUT ALL THE WAYS YOU COULD GET INVOLVED