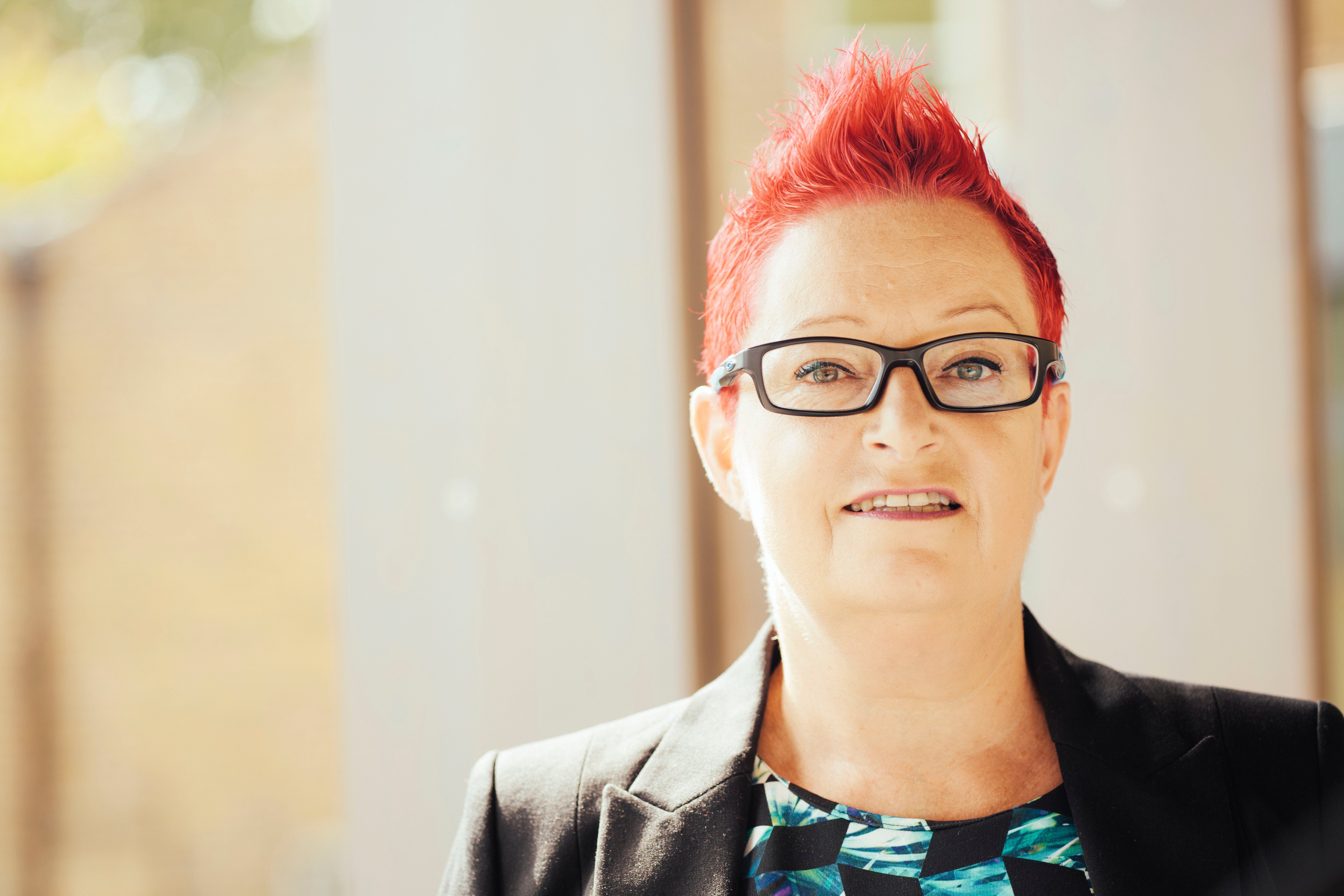 Named in the list of top 50 women in tech in Europe and nominated as the 119th most influential woman in the world, Sue is one of the leading tech personalities in the UK today. An award-winning computer scientist, radical thinker, social entrepreneur and public speaker Sue is well known for founding the high profile campaign to save Bletchley Park, much of which was realised through her use of social media, capitalising upon technology as a fitting continuation of Bletchley’s technological legacy. Sue’s book about the campaign Saving Bletchley Park, was one of the fastest crowdfunded book in history taking less than five days to be funded. It is on sale now.

Sue is a passionate advocate for women in tech, and has spent the last 20 years campaigning for more recognition and support for women in computing. This led to her founding BCSWomen, the UK’s first online network for women in tech, and #techmums, a social enterprise which empowers mums and their families through technology. Sue recently appeared in the BBC Three documentary Girls Can Code, encouraging and mentoring young women into the tech industry.

Bruce Daisley is the EMEA Vice President of Twitter. He joined the company in 2012 having previously run YouTube UK at Google. He has also worked at Emap/Bauer and Capital Radio. He has been a digital advisor to Comic Relief. Bruce runs the Apple #1 Business Chart topping podcast Eat Sleep Work Repeat on work culture. His work can be found as NewWorkManifesto.org. On January 24th 2019 Penguin Books publishes Bruce's first book, The Joy of Work - available for pre-order today. 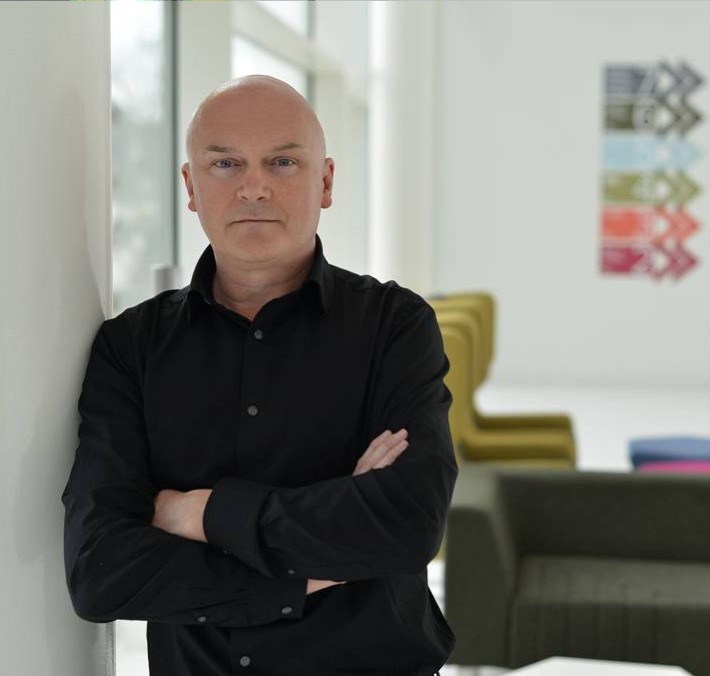 Jon is CDO for the City of Salford, leading an ambitious vision to position Salford as a truly Digital City across infrastructure, inclusivity, skills, enterprise, health and smart city integration. He will determine strategy, priorities, themes and investment areas that will make a difference to Salford’s economy and its collaborative digital role in Greater Manchester. Salford is racing to become one of the world’s most attractive cities for digital enterprise - in 2017 it surpassed London to become the UK’s leading city for percentage increase in start-up growth and is expected to have the fastest job increase rate in Greater Manchester.

Paul Clarke is Chief Technology Officer at Ocado, the world's largest online-only grocery retailer. Ocado are now busy signing deals with large grocery retailers around the world to use the Ocado Smart Platform to operate online grocery scalably and profitably. Paul's current role includes exploring opportunities to use Ocado's technologies to disrupt other sectors, and the technology vision/ future proofing of the business. Paul read Physics at Oxford before then entering the computer industry. In what little spare time he has alongside his work and family, Paul loves to invent and build stuff, design PCBs, write software and generally tinker. 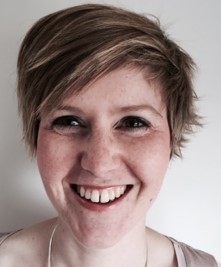 International HRD, specialising in the people matters associated with significant change (mergers, acquisitions, outsourcing etc.) in UK, US and Europe. Experience in various large private sector multinationals in a number of industries including Electronics, Medical Device and Oil & Gas industries. Moved into UK government 2 years ago to lead the people aspects of a complex transition programme to insource IT work which was previously in the private sector under a mega contract, bringing brilliant challenges around culture and capability as the function takes control of its own destiny. 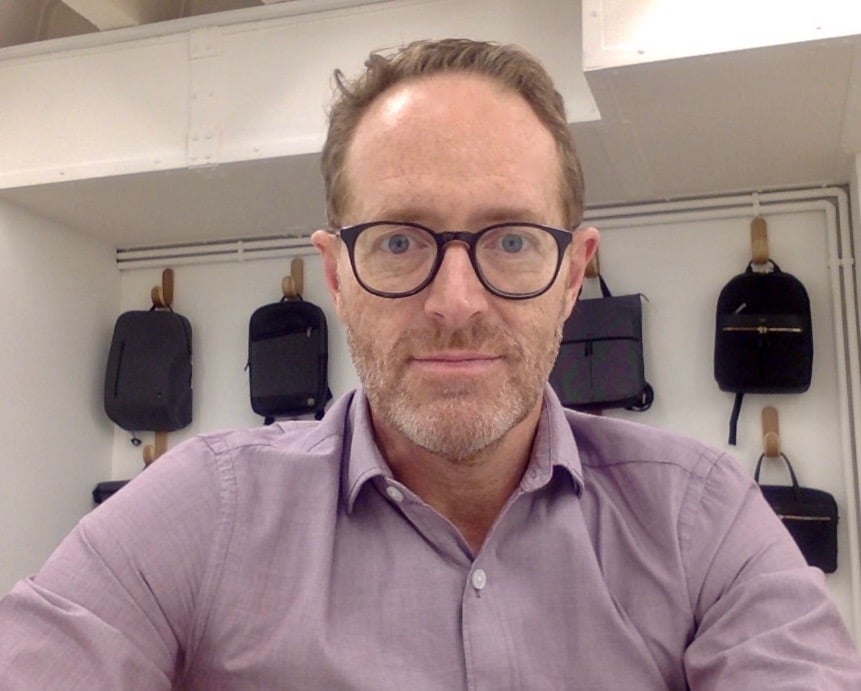 Howard Harrison has been an entrepreneur for the last 14 years. He co founded Knomo in 2004. Knomo is a global brand of premium accessories for men and women designed to all its customers to get more from everyday- wherever, whenever, however. Knomo is sold into over 40 countries into more than 1,500 retailers including Selfridges, Harrods and Nordstroms. Howard comes from South Africa and lives in London. Prior to Knomo, Howard was a lawyer in South Africa and an Investment Banker in London, New York and Switzerland. He holds an MBA from Insead. 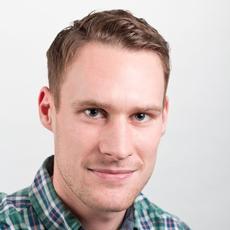 Scott is an experienced enterprise technology journalist, he is as comfortable writing analysis as he is hosting industry events and appearing on broadcast media. He has a keen interest in big IT and cloud vendors, deep knowledge of the SaaS market and digital transformation at some of the UK's biggest companies, and a contacts book that covers the industry from top to bottom. 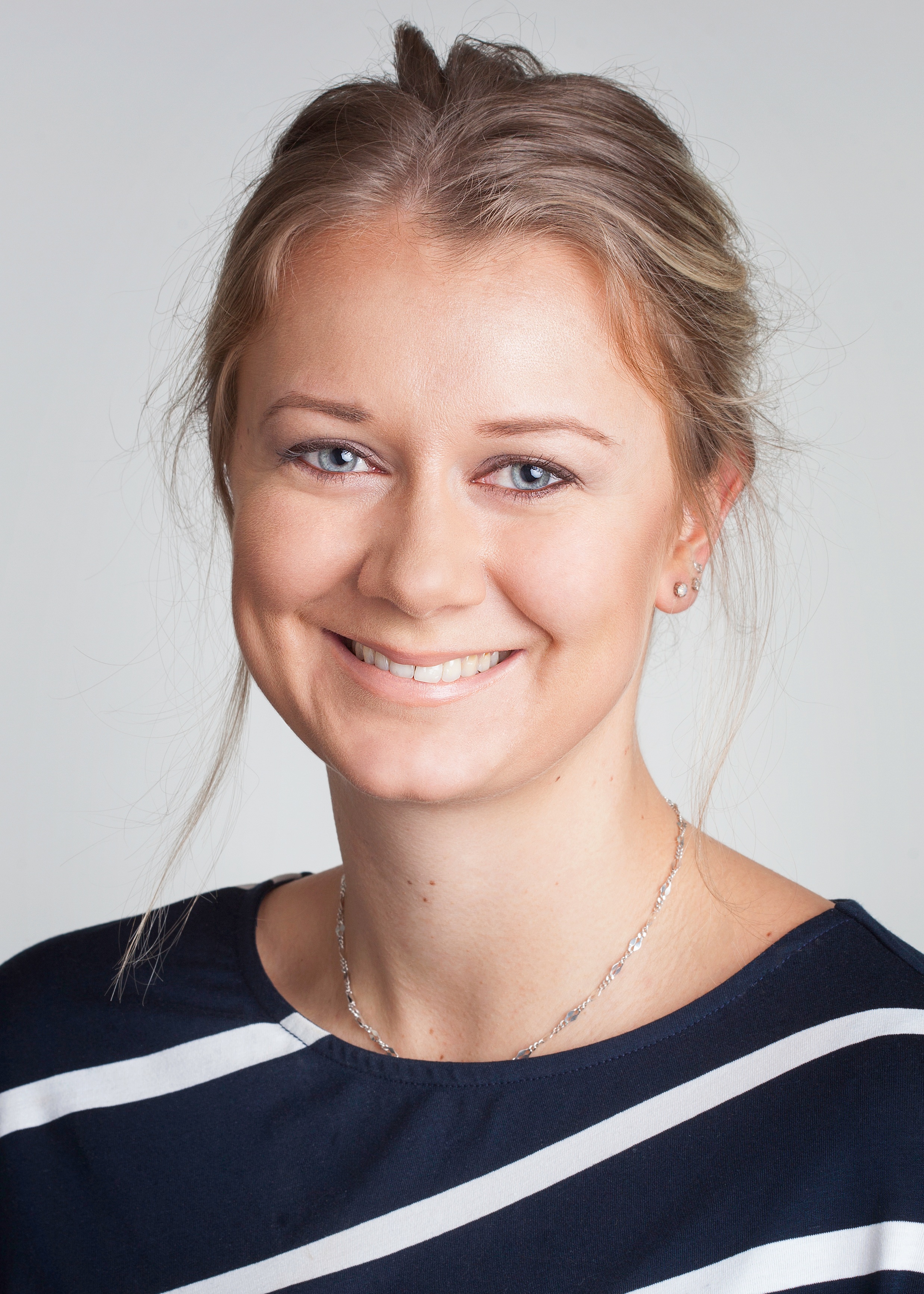 Ann is the Group HR Director for the world's largest dating apps maker Badoo. With previous gigs in Goldman Sachs, Rolls-Royce, Future Cities Catapult and Lebara, she is interested in all things at the intersection of modern HR practice, emerging technologies and business results.

Dr. Karina Vold is a Research Associate at the Leverhulme Centre for the Future of Intelligence (CFI) and a Research Fellow in the Faculty of Philosophy at the University of Cambridge. She received her PhD from McGill University and her BA from the University of Toronto. Her current work focuses on theories of augmented intelligence, consciousness, AI ethics, neuroethics, and decision-making.

Tom is Head of Operations for the task marketplace, Airtasker, in the UK. Airtasker has grown exponentially in the UK in the last six months having moved here from Australia where the company has been growing for 6 years. Tom's role includes working with Taskers on Airtasker who are freelancers earning a living through the growth in the personal outsourcing trend in the UK. Tom is a serial entrepreneur, having founded the grab and go restaurant chain Island and been a founding member of the digital ad-tech company Seenit. He is passionate about nudges and the economics of consumer's decision making as well as providing a platform for people to earn a living, and progress careers, in the evolving jobs market. 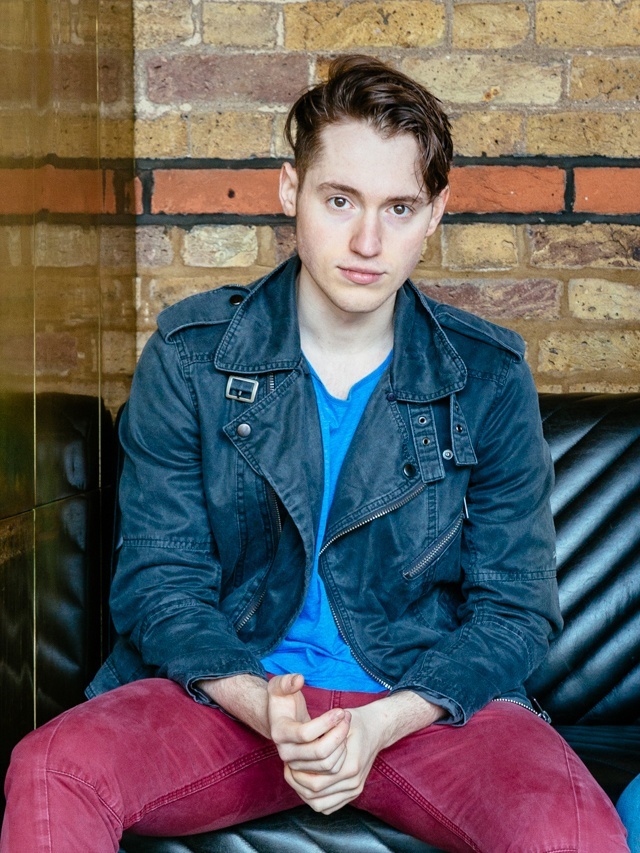 Zack is the founder of Ape Snacks, a high growth health snacking company. He is also the founder of a medical technology company currently in stealth mode.

Bola Ajani is Caffe Nero‘s Apprenticeship Training Manager, responsible for the delivery of apprenticeships UK wide. Bola chairs the coffee apprenticeship trailblazer group. Prior to joining Caffe Nero, Bola was the Apprenticeship and Policing Education Qualification Framework manager at British Transport Police. Bola has worked in the field of workforce development for 11 years and worked in a variety of roles and sectors including the NHS, legal sector, waste management and events & music industry. 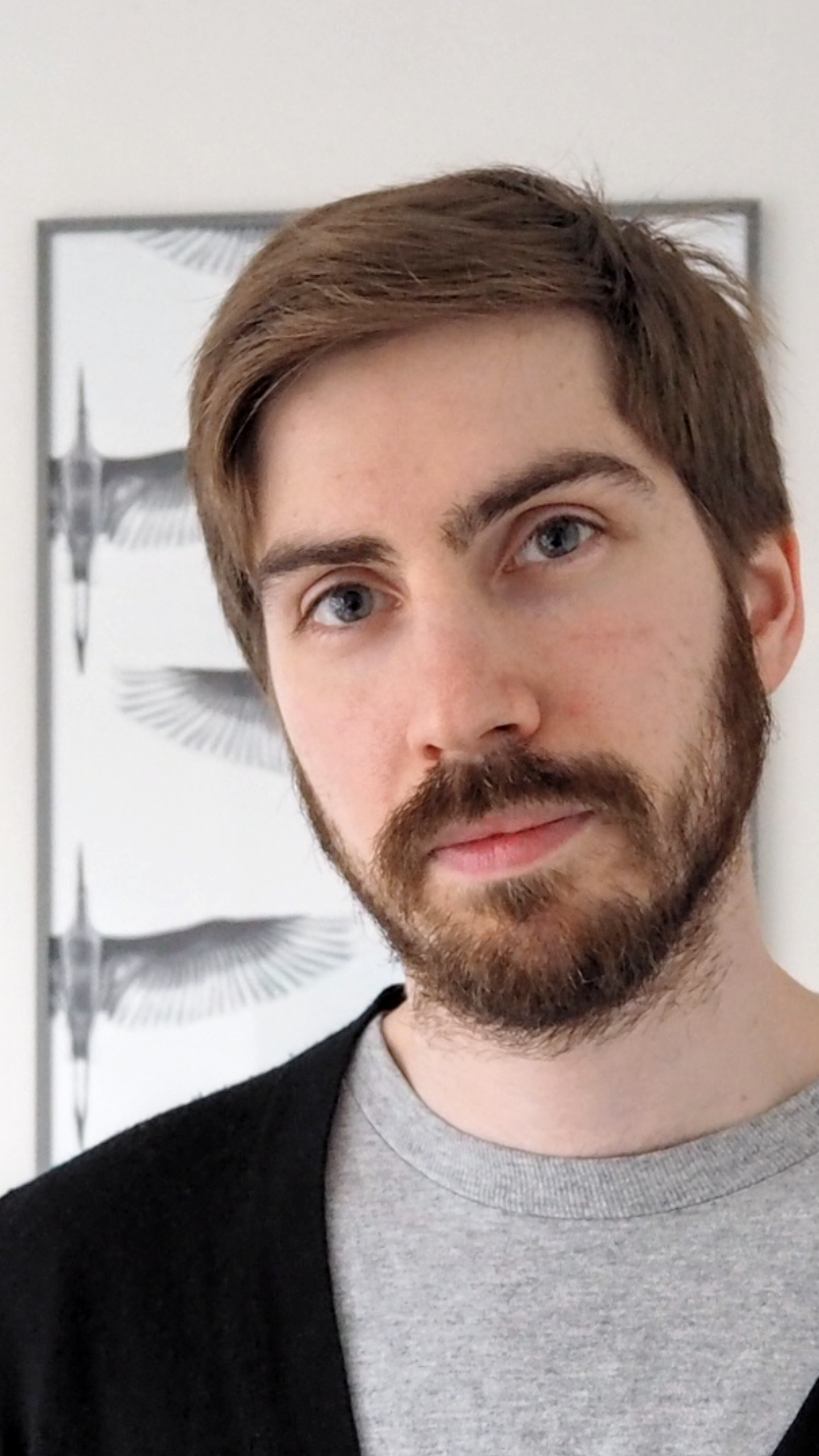 Steve is helping develop test and learn thinking at an organizational level. He has also designed the components for the componentization of the John Lewis and Sky.com sites, in order to create a consistent customer experience and drive production efficiencies. Steve’s current passion is creating ways to facilitate leadership level workshops, in order to push things forward and not just create circular debates.

Michael joined Edwardian in 1997 as Customer Services Manager.
By the year 2000, Michael formed Edwardian’s first software development team and is now the Group’s Director of Information Technology.
With 30 years’ experience in the hospitality industry, Michael drives a successful in-house IT team with the objective to increase the personalisation of guest services built around Edwardian’s highly specific requirements and in alignment with the Group’s vision of being ‘Memory Makers’.
Michael and his team have developed a suite of hospitality applications including 23 mobile apps used daily throughout the business

Tina studied Computer Science in South Africa where she worked as a developer before moving into Education. She has taught Computer Studies, Computing, IT, Maths and Art and also has a Foundation Diploma in Textiles. She joined Ada as Head of Computer Science to lead the team in developing the curriculum and teaching the new BTEC in Computer Science. She is keen on the intersection of Technology and Creativity and enjoys sharing her enthusiasm with others.

FIND OUT ABOUT ALL THE WAYS YOU COULD GET INVOLVED