Innovation and Disruption in Defence

Responding to the challenges of national resilience (Part 2)

Preparing for an unpredictable world where technological and operational contexts are shifting requires a new approach to integration, agility and resilience.

In Part 1 of Responding to the challenges of national resilience we looked at how COVID-19 had demonstrated that rapid transformation and innovation of Defence information activities was possible, and discussed how this would inform wider technological innovation, accelerate Multi-Domain Integration and drive Information Advantage.

In Part 2 we will discuss how Defence successfully overcame the leadership and organisational challenges that COVID-19 presented, enabled by the successful integration and sharing of information.  We will explore how Defence’s initial lessons from COVID-19 have the potential to enable greater support to cross-government activities in future, and which lessons can be used by the private sector.

12:50 Pivoting in response to strategic shock: A private sector perspective

13.30 Discussion with panellists (by invitation only) 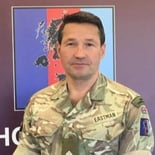 Maj Gen David Eastman commissioned into the Royal Electrical and Mechanical Engineers in 1989. He has served in Hong Kong, Nepal, Germany, the Falkland Islands and across the UK, and has deployed on operations in Bosnia, Kosovo, Northern Ireland, Iraq and Afghanistan twice. He was made an MBE following the first UK deployment to Helmand in 2006, during which he was employed as the Deputy Chief of Staff, 16 Air Assault Brigade.
In addition to service with a wide variety of field force units, Maj Gen Eastman has focused on developing his Joint, International and Capability credentials at the Operational and Strategic levels. Roles have included planning the redeployment of British Forces from Afghanistan whilst in PJHQ; Force Development and Strategic Management of the UK military force structure in support of the 2015 Strategic Defence and Security Review as part of the Financial and Military Capability Directorate in MoD; and a stint as a Military Assistant at the strategic level for the Assistant Chief of the General staff.
From an International perspective, he has been the Military Assistant to a German 4-star
NATO commander, commanded a globally-deployed Defence Engagement-focused logistic brigade and commanded the UN multi-national contingent on a number of exercises in South Korea. He served as the Head of International Policy and Plans for Sub-Saharan Africa, Latin America and the Caribbean in the Ministry of Defence, switching to Euro-Atlantic Security with a focus on Russia. He completed the UK Higher Command and Staff Course in 2013 and, in 2019, the Australian War College Defence and Strategic Studies Course in Canberra.
Maj Gen Eastman was appointed General Officer Commanding Regional Command,
including the additional appointment of Deputy Commander Standing Joint Command
(UK) in February 2020.  He served as acting Commander Standing Joint Command (UK) between May and October 2020. 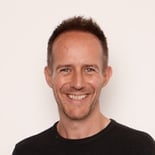 Ben started his career as a Captain in the Royal Engineers, leading various military engineering organisations in Germany, Canada, Cyprus, Northern Ireland, Poland and Bosnia (including relieving the Siege of Sarajevo in 1995).

Ben returned to the UK to become COO of Google UK, Benelux & Ireland, and then COO of Google Europe. In this role he wrote the blueprint for Google's monetisation approach - developing, launching and optimising many of the most impactful ads products for Search, YouTube, Mobile, Hotels, SMBs and eCommerce.

As an expert on digital marketing, Ben took on a variety of global C-Suite roles at technology companies and authored Marketing for CEOs: Death or Glory in the Digital Age. His final full time role before embarking on a portfolio career was launching Ola UK.

Ben is now on his 4th career reinvention after a global career living in nine countries and working in 60. As the CEO of Digital People International, Ben mentors start-ups and provides thought leadership and investor support. Ben is also the CEO and Co-Founder of The Portfolio Collective, the world’s leading community helping entrepreneurial professionals launch and grow their portfolio careers, and sits on Nimbus Ninety's Members' Advisory Board.

This event is open to everyone in the MOD; and to members who are C-level, VPs, Directors, Heads and the drivers of live projects in other organisations.